More recently there was an update to VMware Workstation 11 which in addition to the standard set of patches also brought something new. It is the ability to connect to the VMware vCloud Air OnDemand. I think that is a very good direction for VMware Workstation, especially for those who are not interested in building a home laboratories which include ESXi and vCenter servers (switches, NAS and all the rest). 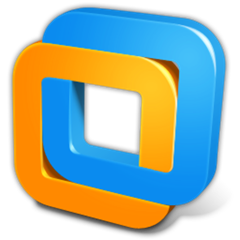 Same connection is very simple, give exactly the same data that we use to log on to vCloud Air: 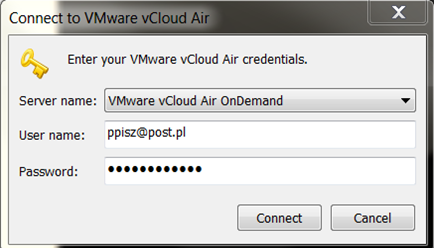 At the moment we have a few options, you can view the contents of our cloud: 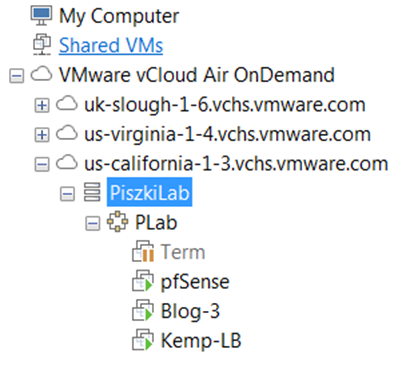 We can go to the console of each machine in the cloud (and this is a sensational option, you do not need to log in to the vCloud Air interface): 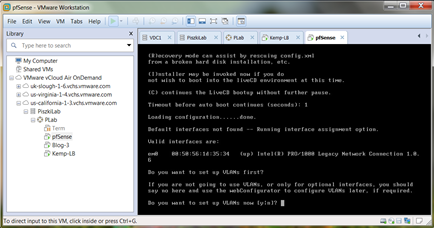 We can see in what state are our machines, but unfortunately we can not perform any operations on them (start, stop):

This is all, for now I accept this, however, that  direction in which goes VMware Workstation look really good. For me personally missing basically one option (except power off and on machines), the possibility to the configure and run VPN channel directly from the Workstation console to the Edge Gateway in vCloud Air. I really would have a flexible hybrid clouds in the home version. I look forward to the next edition of VMware Workstation!