Much of the servers used by us in the Datacenter is equipped with internal hard drives. They are not used for anything. I decided to take the opportunity to move these drives to our Lab in order to better test the EMC ScaleIO. Before physically removing, done on each server detach procedure. In some cases, this procedure ended with the message “The device does not contain a diagnostic partition”: 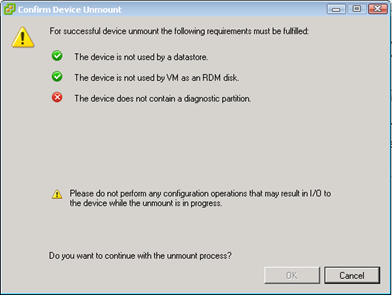 The strange thing is that no one did not create such a partition on local disks. According to this KB, partitions can be assumed to activate and deactivate from the esxcli. You can also remove it by setting up the datastore to “infected” disks using the whole space. Then remove datastore and disconnect the drive (properly). 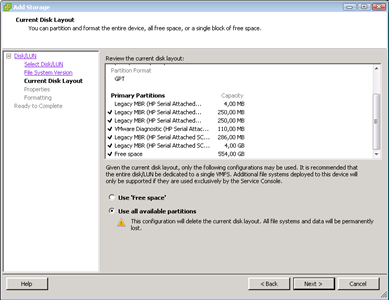 The second and better method is to reset the information about vmkcore using command:

No matter which method you choose, delete all partitions vmkcore ends with the message: “No vmkcore disk partition is available and no network coredump server has been configured. Host core dumps can not be saved “. The solution to this problem is simple (once you will do chores with disks), basically boils down to a single command:

And all this, the simplest solutions are the best!