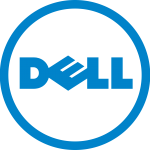 This week started for us terribly, on Monday random View machines has started restart cycle, interrupted by “Blue Screen of Death”. The first suspicion fell on the Trend Micro Deep Security 9.5 and its new modular agent. The driver what caused the error “DRIVER_IRQL_NOT_LESS_OR_EQUAL” is tbimdsa.sys (one of the main drivers from Deep Security 9.5). The problem was very difficult to diagnose, the machine from time to time run in a safe mode but mostly run with BSOD. Internet search slowly indicating that the problem may also be in a server. Experimentally, one of the machines that refused to run, has been moved to the HP server. And launched without a problem!

Now it turned out that the error is in the BIOS on Dell R720 servers and concerns memory access (random machines reboots and other errors like IRQL). If you do not have loaded latest firmware (2.2.3) do it as soon as possible:

Updated Intel Xeon processor E5-2600 V2 product family microcode to 427.
Fixes
=====
Corrected an issue where a complex sequence of internal processor events may result in unexpected page faults or use of incorrect page
Translations If EPT (Extended Page Tables) is enabled . Due to this erratum a guest may crash or experience unpredictable system behavior.

After uploading a new BIOS all the problems with the machines ran out.